In 1947, the Department of Social Sciences came into existence when its predecessor organization, the Department of Economics, Government and History, was renamed. The spirit of its leaders at that time still animates the department to this day. The head of the department, then-Colonel Herman Beukema, was an advocate for raising curricular and faculty standards at West Point. As he led the department from 1930-1954, he enriched the social sciences curriculum by adding additional elective offerings, ensured that military faculty earned graduate degrees at civilian institutions prior to their teaching tours, and encouraged faculty to conduct research and to publish. 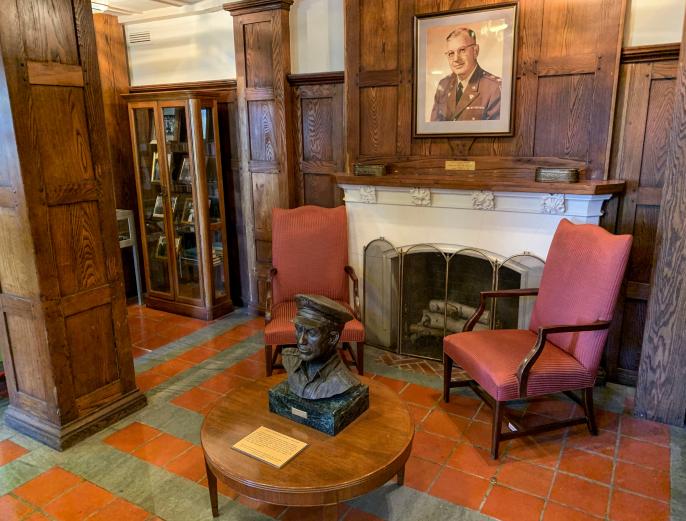 Brigadier General Beukema’s deputy and then successor, George “Abe” Lincoln, accepted a demotion from Brigadier General to Colonel to return to the newly-renamed Department of Social Sciences after World War II. During the war, he had served as General George C. Marshall’s lead political-military planner on the Army Staff. He would become the department head after Beukema’s retirement, serving in that capacity from 1954-1969. He was motivated by the need he saw for leaders who would be able to help the Army and the country to advance its interests in an era in which its international commitments were extensive. To this end, he advocated for a further broadening of the curriculum offered to cadets, and he wrote and published widely-used textbooks on national security affairs. He also continued to serve current national security policymakers through periods of duty away from West Point. In addition to his extensive teaching, Lincoln was especially known for selecting and developing high potential military officers to serve on faculty and then return to the Army prepared to make even greater contributions to the common defense. His vision for the Department of Social Sciences still resonates: “The engraving on monuments does not mark achievement. Only the engraving on the character and competence of our cadets and our young officers counts towards fulfillment of our mission.”