Choose from three curricular tracks and over 50 pre-approved electives. DSS requires only three mandatory courses and caters to Cadet research interests and preference. DSS works closely with departments across USMA to provide Cadet’s a streamlined process for dual majors and minors.

Participate in AIADs with SOCOM, FBI, ATF, DEA and others. Join our annual staff ride to Germany over spring break and interact with your British, French and German counterparts. Engage with your peers at other elite institutions like Princeton, Yale, and NYU for  crisis simulations, conferences and symposia. 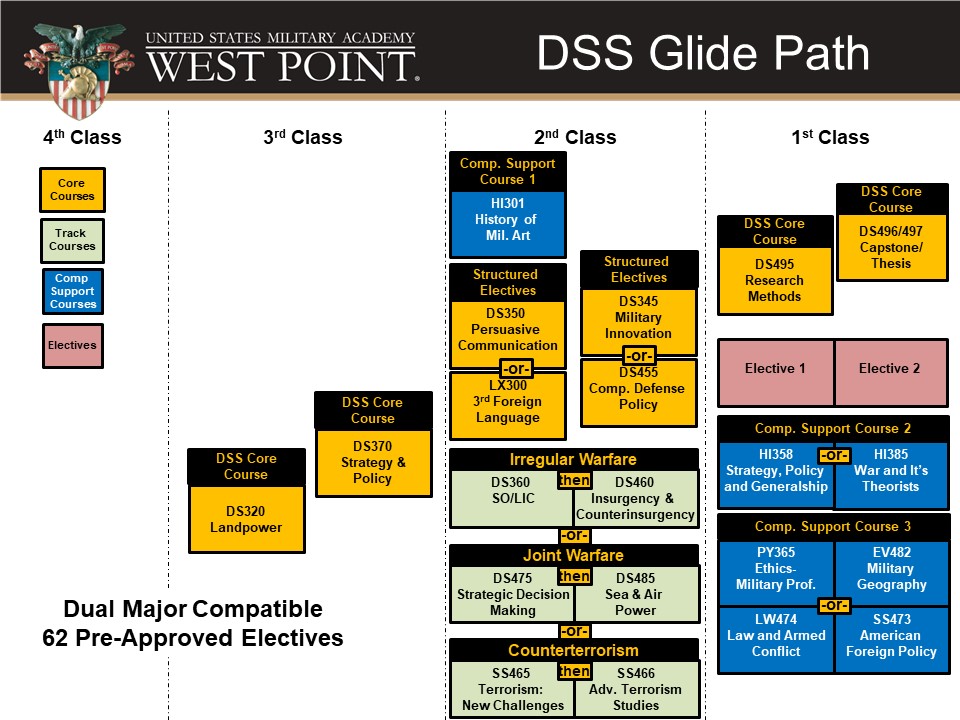