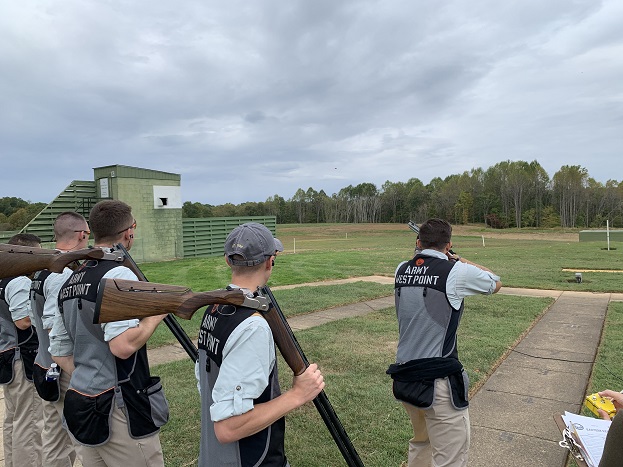 DUTY ~ HONOR ~ COUNTRY. This resounding challenge continues to guide cadets as USMA marches towards its bicentennial and third century of service to the nation. During their four years at the Academy, cadets undergo rigorous academic, military, physical, and moral-ethical development in preparation as leaders of character who serve the common defense.

Since its founding in 1938, the Skeet & Trap Team has achieved an enviable record in competitions against collegiate rivals at Navy, Yale, Harvard, George Mason, the University of Vermont, and other college teams around the country. Today the team is recognized as the premier collegiate shotgun team in the eastern United States, in large part thanks to the generous supporters committed to cultivating the next generation of Army shooters.