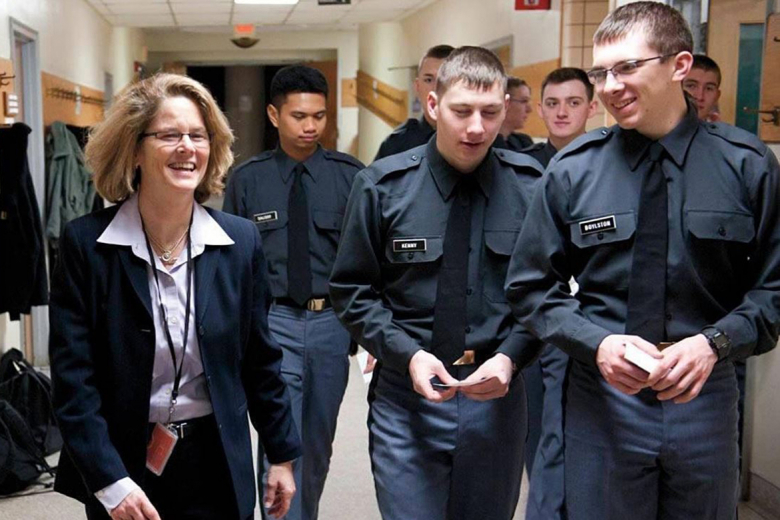 Young is a former Army aviator, a CH-47D “Chinook” pilot. Young served on the faculty of the Department of Behavioral Sciences and Leadership (BS&L), including as course director for PL300 — West Point’s core leadership course — from 1996-99.

She graduated from the Army’s Command and General Staff College in 2000, and then took command of the Army’s only High-Altitude Search and Rescue Chinook unit.

In 2002, Young was selected for promotion to lieutenant colonel and chosen to return to West Point for a permanent faculty position with BS&L.

After transitioning to the civilian sector, Young was awarded a Presidential Fellowship at Harvard University, in 2007, where she earned her doctorate in 2013.

A year later, Young was invited to join the faculty as BS&L.

There, she kickstarted the Entrepreneurship course, leading cadets to state championship recognition in the New York State Business Plan competition each year since 2015.

She also serves as the officer-in-charge for USMA Spectrum.

Join Knights Out to recognize and celebrate Young’s contributions to the Long Gray Line on April 9 at the West Point Club for the 10th annual Knights Out Gala.