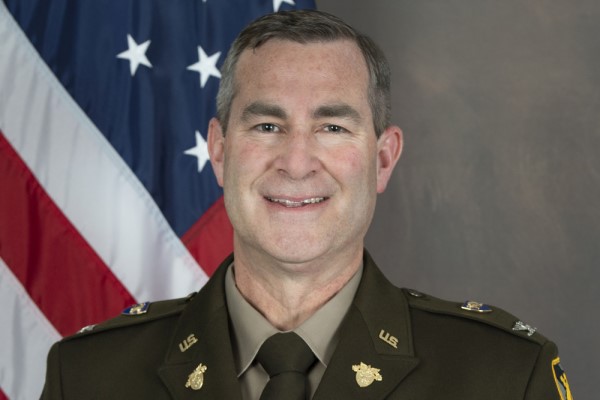 The U.S. Army announced Thursday that Col. Shane Reeves will be the next U.S. Military Academy Dean of the Academic Board.

“I want to congratulate Col. Reeves on his nomination for appointment to brigadier general and assignment as the U.S. Military Academy's Dean of the Academic Board,” said Lt. Gen. Darryl A. Williams 60th superintendent of the U.S. Military Academy. “He is an integral member of the team, involved in so much of what makes West Point the preeminent leadership institution preparing our graduates to lead in an increasingly complex and uncertain world.”

Reeves, a native of Rock Springs, Wyo., currently serves as professor and head of the Department of Law and will replace Brig. Gen. Cindy Jebb when she retires on May 28.

“The opportunity to serve as the Dean of the U.S. Military Academy at West Point is a great honor and privilege,” said Reeves. “I am excited to join Lt. Gen. Williams and his command team.  I look forward to collaborating with the staff and faculty to continually advance our institution’s commitment to developing leaders of character for the Army and the nation.”

Reeves graduated from the U.S. Military Academy in 1996. He was commissioned as an armor officer and served as a platoon leader, fire support officer, and troop executive officer with 1st Squadron, 11th Armored Cavalry Regiment at Ft. Irwin, Calif.  After attending law school, he transitioned into the Judge Advocate General’s Corps in 2003. As a Judge Advocate, Reeves served in a number of legal positions including as the Chief of Legal Assistance, Ft. Riley, Kan.; Brigade Judge Advocate for 3rd Brigade, 1st Armored Division in Taji, Iraq; Senior Trial Counsel, 1st Infantry Division at Ft. Riley, Kan.; Professor of International and Operational Law at the Judge Advocate General’s Legal Center and School in Charlottesville, Va.; and most recently as the Deputy Staff Judge Advocate of Joint Special Operations Command, Ft. Bragg, N.C.

He holds a Master of Laws from the Judge Advocate General’s School, and a Juris Doctor from the College of William and Mary. He is admitted to practice law before the Virginia State Bar, the U.S. Court of Appeals for the Armed Forces, and the U.S. Supreme Court. He is also a founding member and Director of the Lieber Institute for Law and Land Warfare located at West Point.

The academy will bid farewell to Jebb, who has served as dean since 2016, this summer.

“I am excited about Col. Reeves’ selection as the next Dean of the Academic Board. He is extraordinarily talented and will lead with empathy, compassion, and energy,” said Jebb, “Already highly respected across the academy, he is going to play an invaluable role in helping lead West Point into the future.”

Jebb, who graduated from the U.S. Military Academy in 1982, will retire from the U.S. Army after dedicating 39 years of service to the country. She will continue her career as the 5th president of Ramapo College in N.J.

The U. S. Military Academy at West Point is a four-year, co-educational, federal, liberal arts college located 50 miles north of New York City. It was founded in 1802 as America's first college of engineering and continues today as the world’s premier leader-development institution, consistently ranked among top colleges in the country. Its mission remains constant—to educate, train, and inspire the Corps of Cadets so that each graduate is a commissioned leader of character committed to the values of Duty, Honor, Country and prepared for a career of professional excellence and service to the nation as an officer in the U. S. Army. For more information, go to www.westpoint.edu.