Welcome to the Cyber Research Center 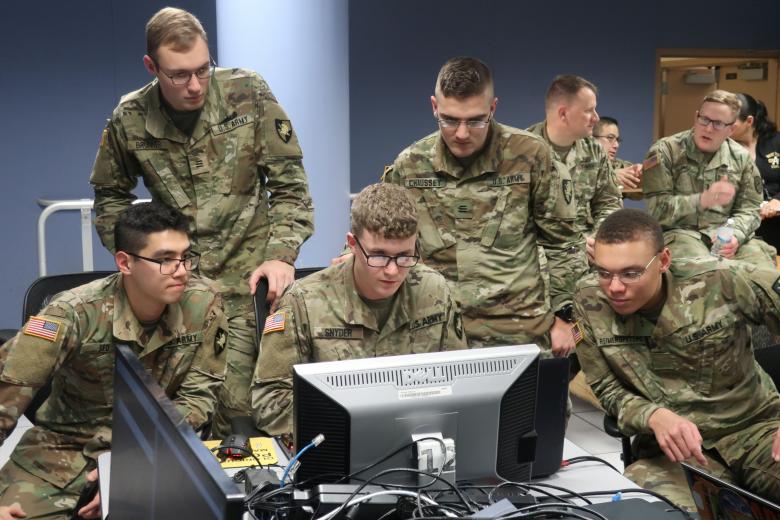 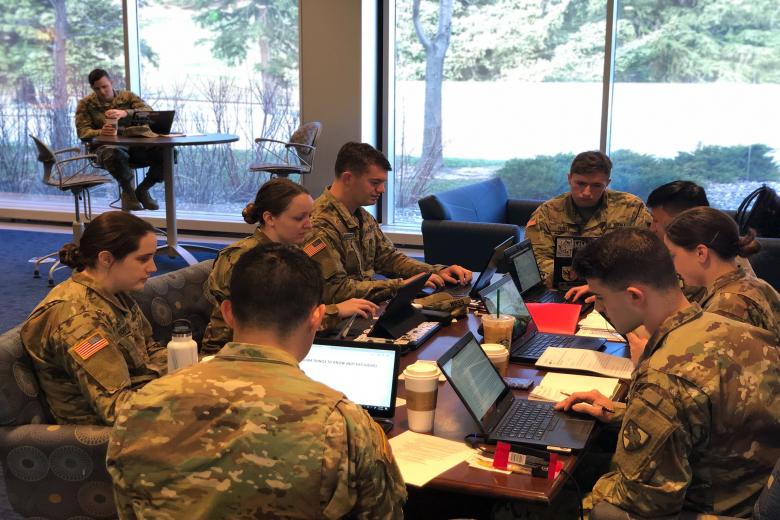 The Cyber Research Center (CRC) is one of three research centers in the Department of Electrical Engineering and Computer Science (PRC, RRC).  The research centers exist to provide opportunities for development to both Cadets and faculty, above and beyond the curriculum. The CRC focuses on opportunities and research that span the entire continuum of cyberspace operations.

CRC Mission: To educate and inspire Cadets in cyberspace operations, find and sustain margin of excellence opportunities for Cadets and faculty, and build and maintain ties with Army and national cyberspace operations community to develop the skills of young men and women necessary to fight and win in the Cyber domain

Six cadets from the USMA Cadet Comptetitve Cyber Team (C3T) worked tirelessly over the last two weeks (November 4-15, 2019) to understand, repair, and reinforce an enterprise network of compromised virtual machines and physical servers. On Saturday, they got the opportunity to defend their work against a team of dedicated professional hackers at the Department of Energy’s 2019 CyberForce Competition. DoE CyberForce is the premier fall-semester cyber defense competiton for undergraduate and graduate students; more than 100 teams from universities and colleges across the nation took part this year. West Point’s team participated at Brookhaven National Laboratory in Upton, New York.

After a strong start that propelled West Point into the top 20 teams early on competition day, the last few hours of the contest saw C3T’s placement fall back into the middle of the pack. Despite the disappointing finish, the cadets involved each left the competition inspired and focused on ways they can improve ahead of the spring season. The networking and systems knowledge they gained was revelatory, and the team looks forward to the upcoming Collegiate Cyber Defense Competition in March 2020.

Aside from the competitive aspects, CyberForce provided an opportunity for cadets to network with students, academics, and professionals across the industry. One especially interesting event was an impromptu breakfast with Mr. Sean Plankey, the Principal Deputy Assistant Secretary of Energy for Cybersecurity, Energy Security, and Emergency Response. Mr. Plankey, previously the Weapons and Tactics Branch Chief at U.S. Cyber Command and later a Cyber Intelligence Advisor at BP, was the Director for Cyber Policy at the National Security Council until he joined the Department of Energy this fall. His “war stories” and insight into crucial infrastructure security issues were informative for cadets and faculty alike.

West Point’s Academic Research Directorate (ARD) assists with research requests. You can learn more at the ARD site or by emailing the Associate Dean of Research.