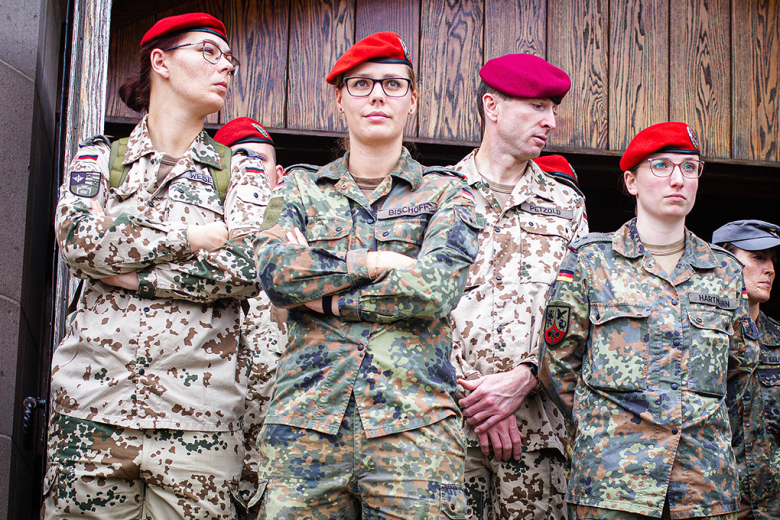 Twenty-three German Army officers visited West Point during the German Army Profil Program on Oct 26. The program allows them to visit centers of excellence such as Fort Bragg or Fort Benning to foster relations with the U.S. military, exchange military philosophies and bring a greater knowledge and awareness of their U.S. allies back to the German military. (Photo by Jorge Garcia/PV) 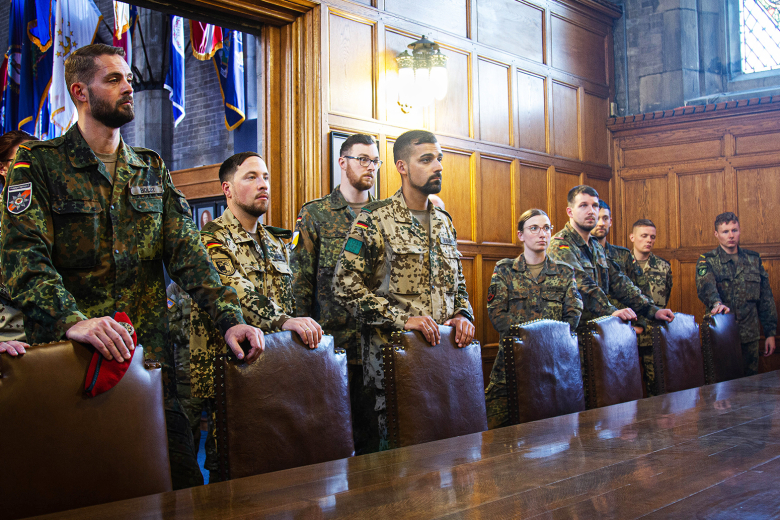 Twenty-three German Army officers visited West Point during the German Army Profil Program on Oct 26. The program allows them to visit centers of excellence such as Fort Bragg or Fort Benning to foster relations with the U.S. military, exchange military philosophies and bring a greater knowledge and awareness of their U.S. allies back to the German military. (Photo by Jorge Garcia/PV)
Previous Next
Previous
Next

German division commanders and inspector generals of the Army selected 23 German officers who led their companies proficiently to visit U.S. Army forts across the Nation, including the U.S. Military Academy on Oct. 26, as part of the German Army Profil Program.

“For two weeks, officers from Germany will stay at a center of excellence like Fort Bragg or Fort Benning and I had the responsibility to organize the program,ˮ Fidorra said. “For me, it was crystal clear when I stayed for three days in New York City to tell them that at some point we’ll go to West Point and from my point of view, the academy is doing an outstanding job, especially in the way you teach and inspire young people.ˮ

Fidorra added that between 2009-2013, he served as the German liaison officer at West Point and was thoroughly impressed with how the academy developed the personalities of young adults who had just graduated high school into leaders of character who would eventually commission as second lieutenants.

Furthermore, Fidorra believed sharing military knowledge at West Point would allow the 23 German officers to build their leadership skills and return to Germany with greater awareness of how their allies cooperate to complete a mission.

The concept of the ‘warfighter’ was a new perspective for German army captain Oliver Frers as he wondered how he would implement that philosophy into German military tasks.

“I’ve definitely gotten a new view of the leadership experience and the ideals which the U.S. Army does its training especially when it comes to character,ˮ Frers said. “It’s interesting for us to see that, basically, we’re all following the same goal with different approaches and I truly believe that cooperating with each other at the academy and as Soldiers can only bring us forward.ˮ

German army captain Karsten Petzold did not see much of a difference between American and German militaries as he learned about the history of West Point and the U.S. Army.

“We are fighting the same enemies and to do so we have to fight together somehow,ˮ Petzold said. “Even though we have differences in our decision-making processes, they are pretty much the same and it’s good to see how that works and this program helps us see and understand it from the U.S. Army perspective.ˮ

Frers differed slightly from Petzold and felt that the U.S. and German militaries have “entirely different approachesˮ when coordinating a mission.

According to Frers, German officers, while regularly reporting to higher-ranking officers, will work more independently in their decision-making process than U.S. Army officers, who often work jointly to complete a task.

“I believe that we have the same combat effectiveness and if we were together stationed somewhere fighting in Iraq or God knows where, we are both fully effective, but we have different ways of planning and strategizing our way to victory,ˮ Frers said.

Fidorra said he was diligent in ensuring that the German officers learned what they could at West Point about cultivating efficient junior leaders and becoming better senior officers.

“You say in the Army, ‘people first,’ in the Marine Corps, they have the talent management system. Our value as the German military is to service our society and to protect the future of our country,ˮ Fidorra said. “That is why I said to these young captains, ‘you must see West Point’ because it is important that they see their strongest ally preparing young kids who are coming from similar upbringings like in Germany.ˮ